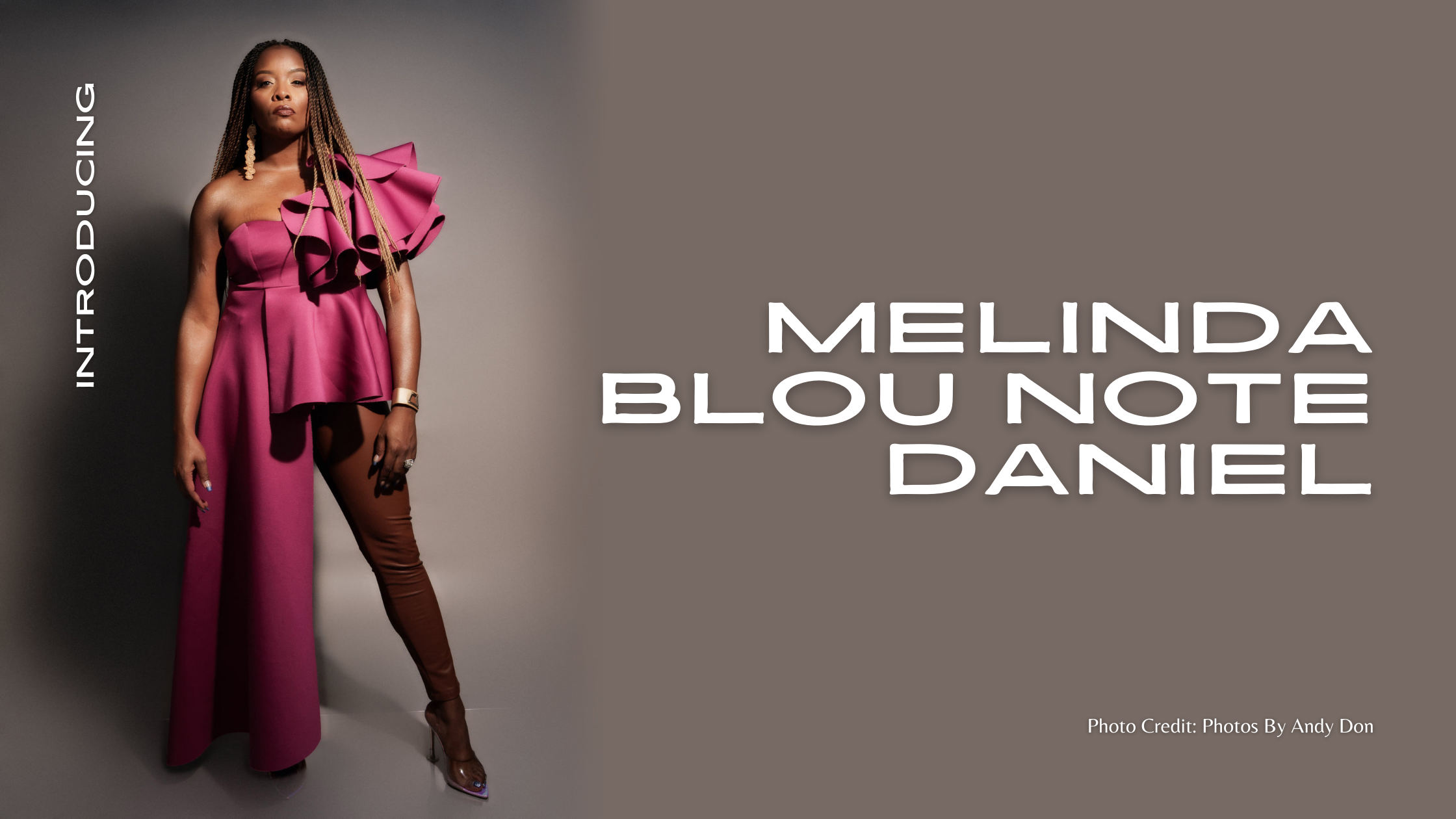 Blended Cultures FL is dedicated to supporting, promoting and marketing our clients and help them expand their reach and grow their audience. Today we are proud to present to you Melinda Blou Note Daniel, Performing Atist. Please read on and reach out to us to discover how we can showcase you as well!

​Melinda “Blou Note” Daniel is a Performing Artist who seemingly exploded onto the SWFL music scene in December of 2020. A self-proclaimed Renaissance Woman, Blou Note has since proven to hold an array of talents. On her list of credits are the following: Singer, Songwriter, Writer, Editor, Orator, Model, Poet, Lyricist, Mentor, Motivational Speaker, Producer, Philanthropist & most notably, QUEEN! Her motto, “Life, Chile! I Get It!”, can best describe her approach to not only her art but the community at large. Having gained quite the reputation for being an inspiration to those following her overall movement, Blou Note has earned the respect of not only her supporters but her family and peers as well. Known for her raw & real mindset regarding life, love & relationships, Blou Note has been affectionately praised for her ability to maintain both vocal and a motivational delivery genuinely rooted in love.

Originally from North Jersey, Blou Note has lived in the Lee County area for almost 25 years. Although new to the entertainment industry, she has planted roots in the 239 SWFL community for over two decades as a working mother who focused her energy on raising her children & supporting their endeavors through adulthood. Not long after the transition to an emptying nest, the world found itself rapidly changing amongst varying racial & socio political tensions in addition to a worldwide pandemic. Life took on a new meaning & a journey of self reflection was born. Over time, Melinda found herself more intentional with digging into herself to reveal the gifts suppressed over the years to the world & in turn, Blou Note was born.

Since having released her first two independent singles, ‘Wait For Me’ & ‘Her’ at the end of 2020, Blou Note has gone on to release 4 additional Singles (‘How Many’, ‘Energy’, ‘The Situation’ & ‘Feelin This Way’). She also has two collaborations with fellow Artists VoidHayze (Butterflies) & Remedy Reign (Love Letter I Hated). Most widely compared to Artists the likes of Lauryn Hill, Erykah Badu, Mary J. Blige & Jill Scott (with a bit of India Arie for good measure), Blou Note gives off a soulstress energy that applies across all genres. With an ability to create an atmosphere that forces the listener to feel whatever the lyrics she so chooses to emote, her multidimensional layers of talent makes it difficult to box her into a categorical genre. If you ask Blou directly, she’ll tell you she’s a Soul Singer. From the likes of her audience reaction no matter the venue, it appears she may be right.

Nominated for Best New Artist & Best R&B Artist by the community at large via the 4th Annual Ford Ent Awards within her 6 months on the music scene, Blou Note has garnered a wide reputation as an inspirational figure amongst her nationally growing supporters and her community. A two time Grand Prize Winner of SWFL Open Mic Night, she has not only been putting in the work to hone her craft but been afforded the opportunity to grace various venues & high profile events throughout the SWFL area. With an ability to perform both original pieces & cover tracks, this dynamic Songstress is available for both personal & professional bookings. She has a personal website in addition to an active social media presence that has become a safe haven, source of light & destination for a myriad of artistic images & fashionable updates (as Blou definitely LOVES a photoshoot & to be cute ). This fun loving, Mother-Sister-Auntie figure has seemingly jumped on the scene out of nowhere but it’s clear that her place is not only  local but internationally was destined from the beginning. Our prediction at this point of how she will finish is pretty apparent that this Queen has the star power to illuminate greatness world wide to the masses.

You can reach Melinda Blou Note Daniel at 941-681-0087, BlouNote1@Gmail.com or visit her website at: BlouNote.com. 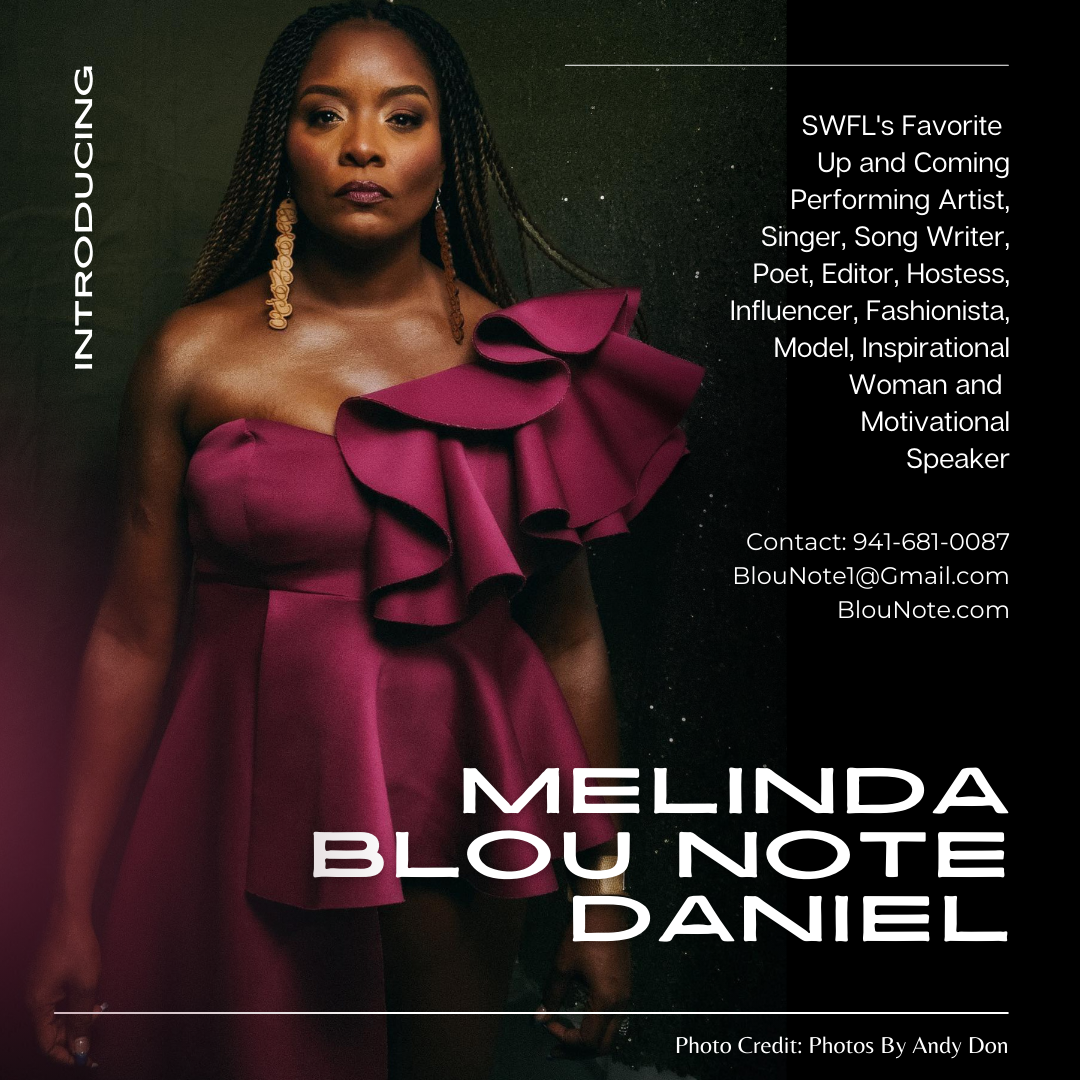 Blended Cultures FL is a Southwest Florida-based Promotion, Marketing, and Entertainment company that brings exciting and fresh events to the community which are designed to celebrate diversity in our society and inspire greatness through excellence. At the same time, it provides an all-inclusive and positive platform for all creatives, entrepreneurs, and small businesses to express their direction and expand their geographical reach. 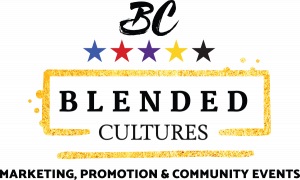 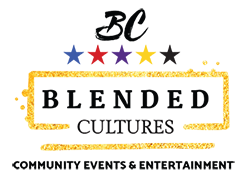